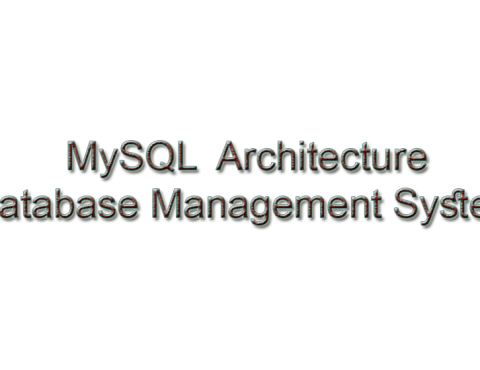 Hello there, friends! Today's post will discuss What is MySQL (What is MySQL?) as well as its features and architecture. I've written it in simple language. You will easily understand it if you read it completely. So let's get started:

MySQL
MySQL is a database management system that is open source and free. My Structured Query Language is its full name. It is used on well-known web servers such as XAMPP and WAMPP.

It is used to create websites and applications with PHP, C++, Java, and other programming languages.

Because it is an open source database, anyone can use it for free. Websites such as Facebook, Google, and Twitter also use it.

MySQL is data storage and management software. This information could be anything. These could be people's names and addresses. Alternatively, there could be information about a company's sales and production. MySQL is required to store and access data of any and all types.

A relational database is what this is. Instead of storing all data in a single table, a relational database stores it in multiple tables. Then it determines the relationship between these tables and processes the queries based on that. Database structures are organized as physical files to improve speed.

MySQL is a freely available and open source database management system. That is, you can use this software for free and modify it to meet your specific needs. You can edit the code by downloading it.

MySQL's database server is extremely fast, dependable, and simple to use. If you are looking for such a DBMS, you should only use this.

Many students become perplexed by MySQL and SQL, and fail to recognize MySQL as a language. But I can confirm you that this is not the case. SQL is a programming language. It's known as Structured Query Language. This language is used for database interaction. MySQL is not to be confused with SQL. MySQL is a piece of software. MySQL is an all-inclusive database management system.

It has the following characteristics:

MySQL was written in C and C++.

It is compatible with a wide range of programming and scripting languages. Java and PHP, for example.

Its performance is exceptional due to its one-of-a-kind storage engine.

MySQL can run on a number of different platforms.

A multi-layered server design was used in this case.

It is entirely multi-threaded in design. So, if more than one computer is available, MySQL can easily use them.

It has been tested with many compilers.

It is transportable. It employs CMake for portability. However, it has only been used in MySQL 5.5 and later versions.

So far, no memory leaks have been discovered in MySQL. Purify is used to test it. Which is a well-known leak tester.

It employs binary tree disk tables, which are extremely fast.

Other storage engines can be easily added.

The memory allocation system in this is thread-based and very fast.

It performs joins very quickly. This is accomplished through the use of an optimized nested loop join.

SQL functions are implemented. It accomplishes this via the class library.

It presents the server as a separate program in a client/server environment.

MySQL is built on a Client/Server model. In this architecture, there is a server. This server provides some services, such as providing data access in the case of MySQL, retrieving and presenting data, and performing various types of processing on the data, among other things. This type of architecture includes clients who use these services in addition to the server.

Communication protocols are used to establish a connection between the server and the clients. All of this is discussed in more details below.

Clients are programs that interact with the server. Only after the client has established a connection with the server can he perform database tasks. You can install the MySQL command prompt client program on any computer to make it a client. A single computer can act both as a server and as a client.

TCP/IP - This protocol establishes and transfers a connection between the data and the server.

Unix Socket - This protocol allows bi-directional communication between processes on the same system. 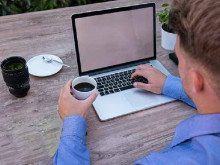 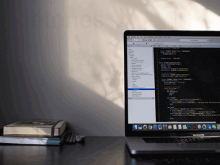 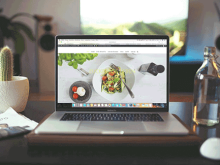 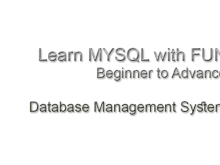 How to save multiple images with watermark into a database with php...

How To Convert MS Word file to PDF file?